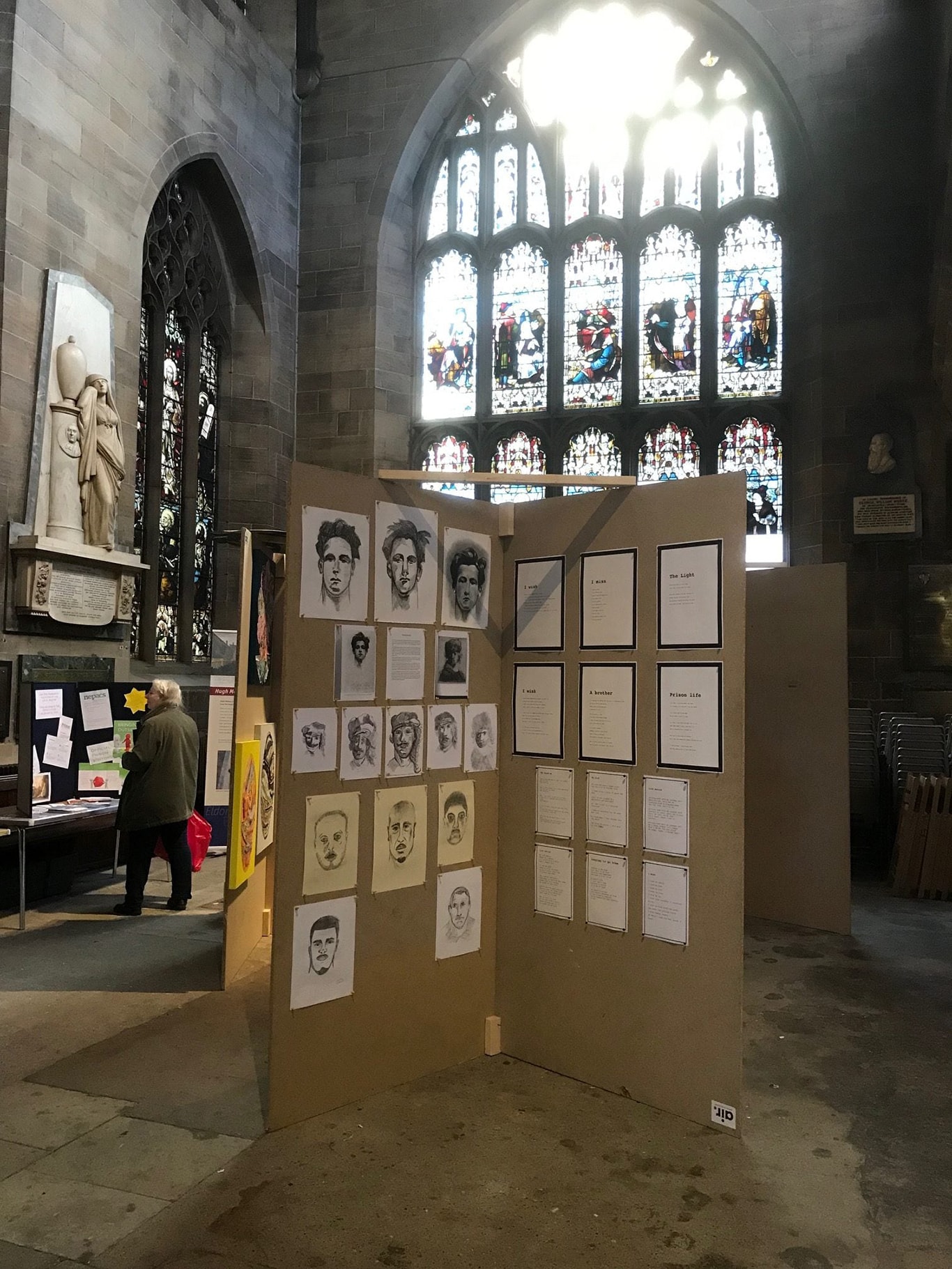 As part of Prison Week, there is an exhibition of prisoners work on display at St Nicholas Cathedral in Newcastle. Since August I’ve been teaching some of the prisoners from a north east prison how to draw portraits. Most of them have had little or no experience of any drawing since childhood, so the tuition began at a very basic level.

First, I demonstrated to them on how to structure the proportions of a face using a simple grid. They then started drawing some portraits by the artist John Singer Sargent from photocopies, using charcoal pencils. It was very foreign to them all to begin with. However, they quickly began to surprise themselves with their initial results. Although some struggled, for many, their confidence and self-belief began to grow.

After a couple of weeks of using charcoal pencils, they then moved on to copying some etchings of Rembrandt self-portraits using just a biro. This time they began to grasp the concept of creating tone by just using line.

We then split them up into pairs and they took turns in drawing each other. They started by using the techniques and methods taught over the previous weeks. Finally, they spent a couple of weeks working on their own self-portraits with the use of a small mirror. The process of drawing themselves led to discussions around various mental health issues that they are experiencing and some positive self-reflection.

It’s a very challenging environment to teach art in. Ultimately, it’s about getting the prisoners to engage in a positive way to help them re-think their lives on how to make better choices for when they are released back into society. Some will go on to attend Alpha courses in prison to find out about Christianity. Others will start to work with Junction 42 on our “Work Out” employability programme when they come out of prison. About a third will go on to find employment.

You can read more about how I started working part time for Junction 42 in this blog post.

The exhibition continues until 21st October.

Scroll back to top